JOHN KIEHNE BIOGRAPHY
John Kiehne is a 5th generation Missouri native who was born and raised in St. Charles, spent many years in Boston, Massachusetts, and now calls Labadie home along with his wife Michelle and family. John has played, written, produced, performed, and taught music professionally for over 35 years as well as acting as a foster provider and advocate for over a decade. John continues to advocate and provide for both children and adults and serves as legal guardian in order to protect and care for several individuals. Here's a little info about his background and experience. 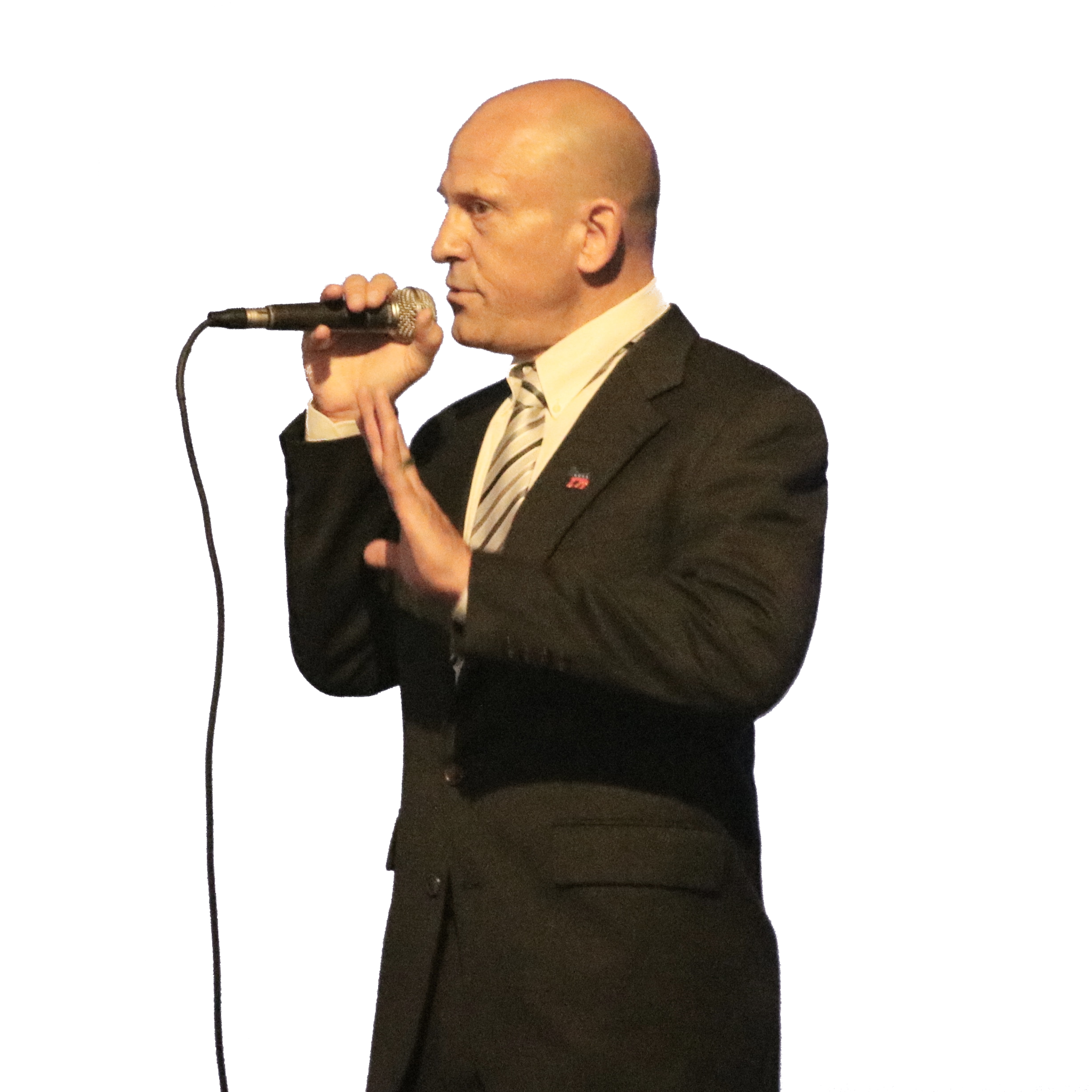 John Kiehne is campaigning to fight the megadonor-funded agenda in Jefferson City and fight for the PEOPLE of Senate District 26 and Missouri. John believes that we must focus on making our schools better, creating better-paying jobs and making sure that every Missourian has access to quality, affordable Healthcare. John's mission is to make Missouri more peaceful, healthy and prosperous. If we work together and support one another we can make Missouri a Prime Destination- not just a "flyover State".
DONATE

John Kiehne was born at St. Joseph's Hospital in St. Charles, Mo. on June 2, 1967. (interestingly enough just a few hundred yards from Missouri's first State Capitol) He attended primary and secondary schools in St. Charles. As a child John developed an early interest in music as well as engaging in hobbies such as assembling model airplanes and becoming a licensed Amateur Radio Operator. He started playing saxophone in the school band in 5th grade and continued to be involved in school band programs such as marching band, symphonic band, pep band and jazz band until he graduated from Francis Howell High School in 1985 and into his college years. However- discovering the guitar in 5th grade as well has defined the whole rest of his life.

John's parents (and much of his extended family) were career public school educators in primary, secondary and post-secondary education in Missouri. His father grew up- and retired to- the Kiehne family farm near Cape Girardeau, Mo. where John would explore, shoot and “help" as achild. The Kiehne farm has been in the family for over 130 years and his mother, brother and oldest son still live in St. Charles County.

After high school John studied guitar and bass in music programs at the University of Mo.- St. Louis and Webster University as well as touring the U.S. with a number of musical groups. John's career as a professional music performer began during his high school years as well as he performed regularly around the St. Louis area with a variety of rock bands and has extended up until the present day.

When not in class, practicing or performing John worked a number of restaurant jobs in the St. Louis area including cooking, busing, delivering and serving which including at McDonald's, Pantera's and the Olive Garden.

In 1991 John moved to Boston, Massachusetts in order to seek his fortune as a musician and ended up staying for 10 years. During that time he performed and recorded with a wide variety of musical acts including his own. He also started working as a recording and live sound engineer producing original material and mixing local, regional and national acts. He also worked more restaurant/bar jobs in Boston doing everything from washing dishes to cooking to being a barista, bar back, bouncer, sound engineer, server and manager.

John moved back to St. Louis in 2001 to spend more time with family and started a small independent music label as well as running a small independent recording studio. He moved to the Central West End in 2002 and thus began a prosperous era of full-time music instruction as well as performing on a regular basis until the recession in 2008 decimated his client base of mostly prep school kids from Clayton, Webster Groves, University City, Ladue and Creve Coeur. This was also about the time that John met his wife-to-be Michelle and they entered into the “raising other people's kids" era of their lives which continues today. Michelle was a well-respected personal trainer for many years and more recently has become very successful in the Financial Industry.

John and Michelle have been married for 11 years and have 4 grown children- John has one biological son from a previous relationship they raised their niece and 2 nephews who live with them now as well. He and Michelle now spend a lot of time raising their great nieces and keeping up with 2 young girls while persuing multiple challenging careers. John is running for Missouri State House with the intention of helping to craft and pass legislation that aids and elevates ALL Missouri residents- not just a select few. He believes that a rising tide raises all boats and that most Americans share values of kindness and honesty as well as possessing an unstoppable work ethic and desire to progress beyond the borders of our country and our imaginations.

For more information regarding John's views on policy go to his Platform page. 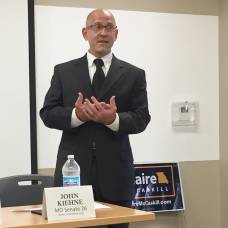 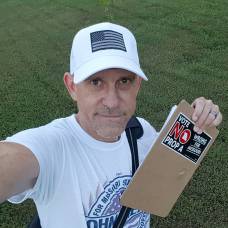 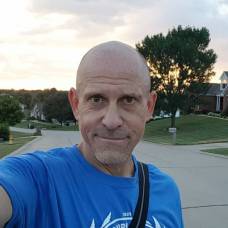 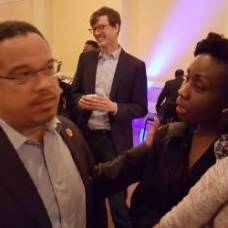 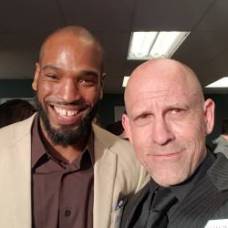 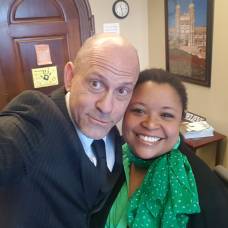 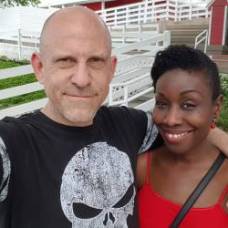 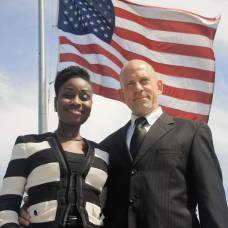 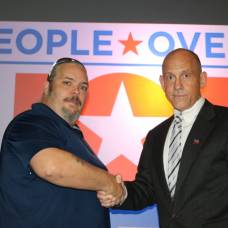 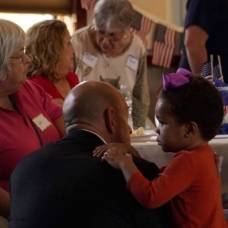 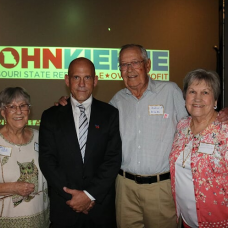 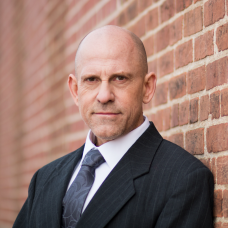 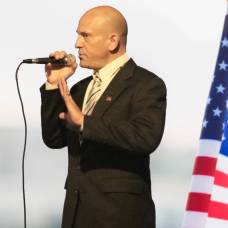 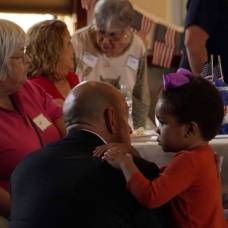 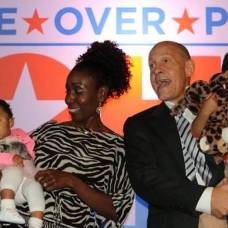 John Kiehne has worked as a professional musical performer, songwriter, producer and instructor (and businessman) for over 30 years. His years in school band transitioned into performing professional gigs in the St. Louis area during his high school years. John went on to study music in college and also went on his first national tour as a performer at age 18.

John performed, recorded and toured with a number of acts from the St. Louis area until he moved to Boston, Ma. at age 22 to pursue more musical opportunity. While in Boston he performed, toured and recorded with a wide variety of musical acts from rock to jazz to folk and funk. During this time John began playing an unique stringed instrument called a Chapman Stick which enables him to play a variety of guitar parts simultaneously while also singing. John started appearing on national music releases as a Stick player and also put out his first album featuring his own material with his band Smokstik. John also spent a number of years busking on the streets and subways of Boston, did quite a bit of live sound engineering for a variety of acts and performed on Stick for a time with the Boston production of the Blue Man Group.

John has also worked as a foster parent and advocate for 12 years and has been very actively involved in the care and nurturing of high-risk, highly traumatized children. He's worked hand-in-hand with a variety of local and national organizations and institutions including St. Louis County Family Courts, Lutheran Family and Children's Services, Great Circle, Epworth, Catholic Charities and many other groups and individuals. John continues to advocate for foster kids and hopes to be able to effect policy regarding a wide variety of issues related to at risk kids and struggling families. He also sits on the Board of Directors for Heartland Independent Living Center- an organization that provides a variety of in-home services for the disabled.

In 2018 John ran first for U.S. Congress in Missouri's 3rd Congressional District then was nominated by his Democratic State Senate Committee to run for State Senate in Missouri's 26th State District. Running against an incumbent who is now Missouri's Senate pro tempore John garnered 36% of the vote while being outspent 9:1- a 9 point improvement over previous Democratic opponents in a very “red" District. John secured endorsements and support from a wide variety of labor and activist organizations, knocked many doors in Franklin and St. Louis Counties and learned quite a bit about how to campaign for office. After spending 2018 building a foundation for running a political campaign John realized that the quality of his community's representation had not improved so he decided to pick his next race- Missouri State House.

In 2020 John ran for State Representative in Missouri's 110th House District. While unfortunately not delivering a win John out-fundraised his incumbent Republican opponent until just weeks before Election Day and earned 10 times more donations than his opponent all said. He also earned more Democratic votes for this seat than had been earned in more than a decade as a result of thousands of calls, postcards, mailers, texts, and canvassed doors as well as hosting a number of rallies and events in the area to help to organize and energize Democratic voters in House District 110 and beyond.

John is once again running for State Senate for the 26th Senate District in 2022 and continuing to build on the support and resources that he's earned over the last few years as a candidate and active participant in Democratic Party activity. Please join us as we continue to do the work to #FlipItBlue in Senate District 26 and usher in an era of better representation for our community and the state of Missouri!

Some past employment highlights: